Though I'm not much of a sports fan, I know that many, many people are.  And those that are most likely have a team that they consider to be their team.  Sports fans will watch every game, rooting for their team, dressing in their team's colors.  And when they have babies, well, they dress their babies in their team's colors too.

I've had several custom orders for felted baby shoes for sports fans lately.  Above is a pair for a KU fan that I'm currently working on.  I've also had orders for a couple of other teams:

I also have an order for the Iowa Hawkeyes in the works, which should look very similar to the Mizzou ones above, as their colors are also black and gold.  I've been having fun making these little felted shoes for babies of sports fans.  It's kind of like a little challenge for me to get just the right colors.  And they make such a nice baby shower gift for those families that are really into team sports.  Go Team!
Posted by Shannon at 2:32 PM 2 comments:

For several months now, I have been contemplating redoing my website for The Clever Kitty.  I have also been contemplating trying a new host through which I could more easily create and maintain my site.  So I've been playing around with Weebly, and I must say, I'm really liking it.  They have lots of simple templates to choose from, and I love that you can pretty easily customize them to fit your needs and your design sense.  You just need to know a little bit of CSS and/or HTML, which I have kind of picked up over the years just by fiddling around with it.  Obviously I don't know enough to actually code my own site from scratch (otherwise I would!), but I can usually figure out how to tweak little things here and there.

Since Weebly looked like it was going to better fit my needs, I decided to just go for it.  So my website is officially moved!  Of course, it's still kind of  a work in progress, but I'm excited about the change, so I wanted to go ahead and share.  And I was having so much fun redoing my Clever Kitty website, I decided to make one for The Curly Kitty too.  Yay!

Click on the icons below to check out my new sites, then be sure to come back and let me know what you think! 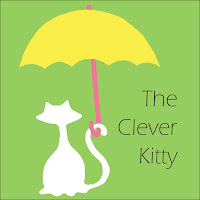 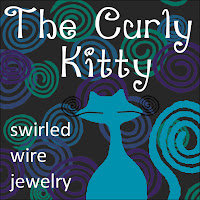 
Labor Day has come and gone, so I guess Fall is officially here.  Well, technically not for a couple more weeks, but it always feels like Autumn after Labor Day to me.  One of my favorite color combinations for Fall this year is chocolate brown and plum.  So rich and decadent, and simply gorgeous together!  So this week's Thursday Theme is "Chocolate Covered Plum".  Enjoy!

Posted by Shannon at 8:43 PM No comments:

So Little G and I have been talking about what she wants to be for Halloween this year.  She has been having trouble deciding, so I suggested we go to Jo-Ann's to look at costume patterns.  I was feeling brave this morning, so I decided to take both kids along.  As we were scanning the aisles of pumpkins, ghosts, and all things Halloween, and "Let it Snow" was playing in the background...wait, what??  Can't we at least get through Halloween before we are bombarded with Christmas?  Yeesh!  Way too soon for that, but I digress...

Anyhow, so fortunately Baby B napped nearly the whole time, which made it much easier for Little G and me to look through the costume pattern books.  And of course, on every other page she exclaimed, "I want to be that one!"  After flipping through the books, we narrowed it down to a few options:  witch, fairy, cat, or mermaid.  In the end, she decided on the mermaid.  So we picked up this pattern:

I think she's hoping that I will also be a mermaid along with her, but I'm not so sure...after all, I wouldn't make nearly as cute of a mermaid as she will!

Since Baby B was still napping, I thought it would be wise to go ahead and pick up the fabrics for the costume too.  I like to involve Little G in the process as much as possible, so I let her help pick out fabrics.  However, if I left it completely up to her, it would likely end up every color of the rainbow and looking more like a clown than a mermaid, so I tried to guide her a little bit, and gave her a limit of three colors.  So we're going with green for the skirt/tail and fins, a sparkly cream/gold for the bodice, and a shimmery pink for the overlay and ruffles around the arms.

I'm not sure when I'll actually get started, but I'm glad to have the shopping part out of the way early. I know it's just now September, but Halloween is not really all that far off, and I don't want to be scrambling to get something together at the last minute.  Hopefully since I already have the supplies, I will actually get a head start this year.  We'll see how well that works out.  :)
Posted by Shannon at 4:29 PM 1 comment: